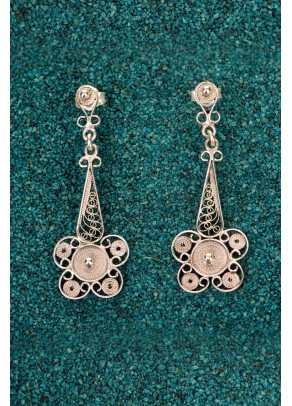 Exquisite filigree jewelry created by Peruvian designer Giuliana Valz-Gen. This piece belongs to a limited edition collection and is handcrafted from 925 Sterling silver.